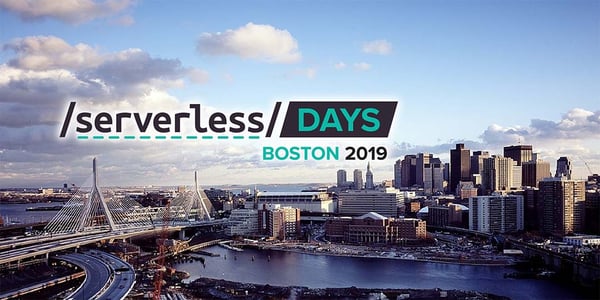 Last week was ServerlessDays Boston and wow what a turnout! The over 200 hundred tickets sold far exceeded my own expectations. I'm so happy to see that our local area is so enthusiastic for serverless.

During the event we talked to people from many different sorts of companies. There were young startups, century old financial institutions, and many companies in between.

We talked to a few early stage startups. First thing we noticed was they were cost conscious and they wanted to keep their runway longer. Next, several people were not formal software developers. It's great to see people executing on new and interesting ideas without needing to be a software developer by background.

We also talked to people at a century old institution with multiple independent serverless initiatives happening simultaneously. Even people in the same company didn't know of others using serverless like them. It shows this is going to bubble up from the bottom of many organizations, even in multiple spots. Makes sense to be proactive and eventually standardize approaches.

With 14 talks, the event had a great deal of knowledge to offer people. Rather than us summarizing our favorites, read Ann Guilinger's fantastic live-tweet threads. (The ability to live-tweet and capture a talk is really an amazing skill.)

The day after ServerlessDays Boston, ServerlessDays Atlanta announced their schedule. The Atlanta organizers took the unique step of combining ServerlessDays with DevOpsDays and MapCamp! While there's overlap in those three crowds, this is a great way to introduce the rest to new things.

Make sure you speak to me when you're there!